DR. SASLOW MAY REMIND YOU OF INDIANA JONES LOCATED IN SOUTH ORANGE NJ

Located in South Orange New Jersey you can stop into Ye Olde Curiositie Shoppe at 111 South Orange Avenue. Dr Arnold R. Saslow once had a career as an epidemiologist but now he is a professional numismatist and antiquarian traveling the world and collecting rare and ancient items. Selling and buying out of his location, foreign coins, paper money, stamps, Egyptian, Judean, Greek and Roman objects. You can drive or take the train and or you can just walk a short distance to his museum like establishment. Located Near Seton Hall you wont be disappointed! Dr Saslow may remind you of Indiana Jones from the Raiders of the Lost Arc? You better call first if your traveling a long distance though just to be sure they are open. Dr Saslow may be traveling the world doing his thing. 973-762-1588 It should be noted Dr Saslow will look at anything except jewelry and knows what he is talking about. History or Art not a problem and this is right up his alley. History of mankind is intriguing and the Stone Age as well as modern day. Military artifacts and other items may come from estate sales and people ready to sell valuable collections. Your junk may be my gold and I never know what's going to come my way. Autograph baseballs, Ethnographic objects, buying selling and appraisals www.yeoldecuriositieshoppe.com   Stop in and say hello! 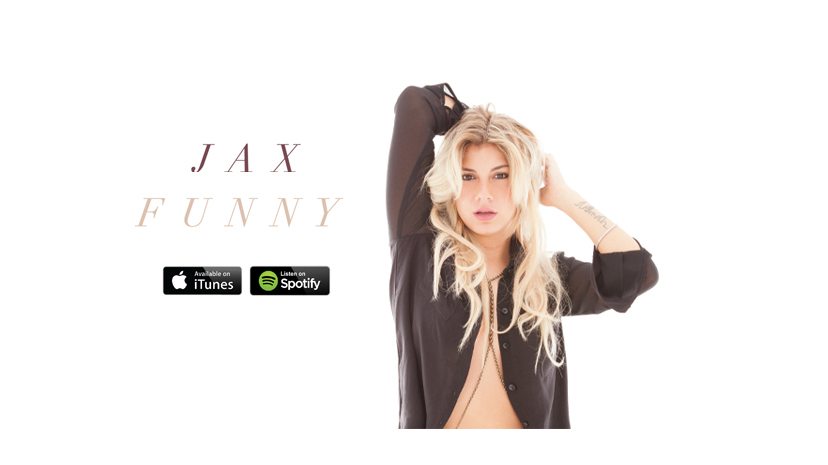 NJ Singer Jax Comes Back Strong After Her Battle With Thyroid Cancer NJ American Idol contestant, Jax was riding a high after performing on American Idol in 2015. She finished third on Idol, proving she’s a great entertainer. She released her hit single “La La Land” and went on the “American Idol Live!” tour with the other finalists. Everything looked up, until life took an unexpected turn. Jax was diagnosed with thyroid cancer in April of 2016. She had 18 tumors on her thyroid, 12 of which were cancerous. The young singer decided to remove her thyroid in order to remove the tumors. The thyroid is next to the vocal cords, making this an even scarier surgery for a performer like herself. Her road to recovery was not easy. Jax went through a lot of therapy and rehabilitation to regain her voice, however she is now back and better than ever. Her surgery changed her voice and added some new raspy qualities. Shortly after her return, Jax released “Stars”, a ballad detailing how people have to go through some hard times in order to get to where they are. She released her first independent EP Funny in January and is doing better than ever. The constant support from her fans made her journey a lot easier. Upon the release of her EP she tweeted “Thank you guys so much for supporting my journey every step of the way. I love you all to the moon and back. Can’t wait the adventures that 2017 brings us!”. Jax’s new EP is available on ITunes. With the support of her fans and her great new EP, Jax is coming back fierce and ready for more! 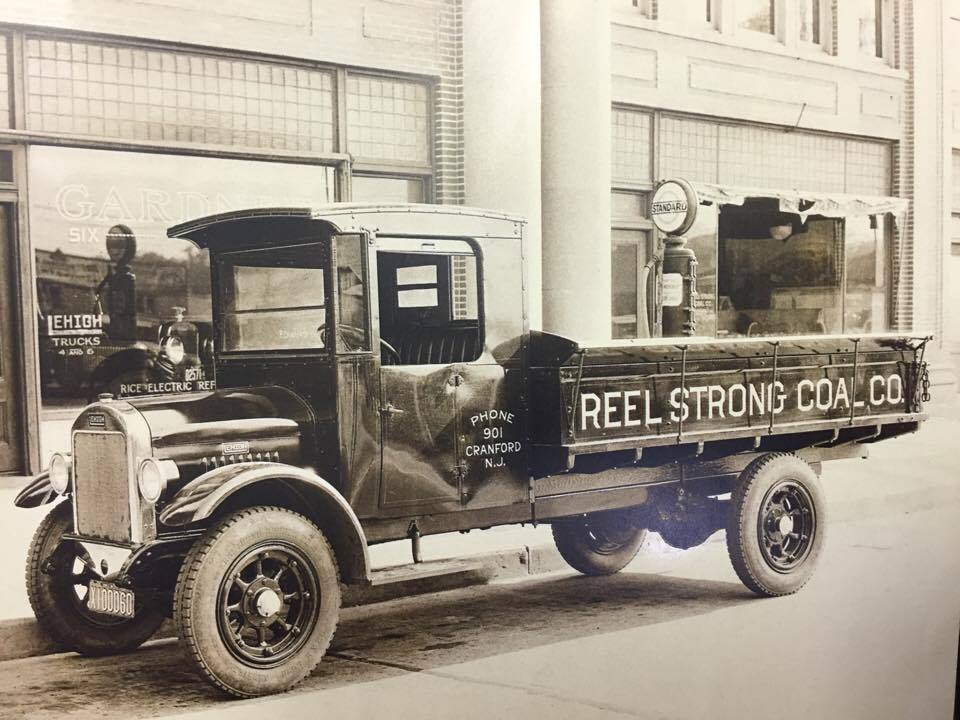 Reel-Strong Fuel Co. is a family-owned business that was founded in 1925 by William Reel and Jim Strong who passed down the business to Clint and Pete Crane who currently own the company.  Located in Cranford, NJ, this company provides Heating and Cooling services to Westfield, NJ, Scotch Plains, NJ, Springfield, NJ, and throughout Union Country, NJ.

Originally, they specialized in coal delivery, but Reel-Strong has now evolved into a fuel oil and heating business with total home comfort offerings including central air conditioning, air cleaning and humidification equipment sales, and natural gas service and installation.

As a customer, you can choose from a variety of service agreements that are accustomed to you and budgeting plans that go easy on your wallet.

Reel-Strong’s approachable and informed staff is available for assistance 24/7 for maintaining and/or repairing any type of heating or cooling equipment. You can also receive awesome deals with rebates when you purchase certain systems. For example, you can get up to $1000 in rebates when you have a Rheem system installed!

According to their website they will “take a personal interest in your problem and be responsible for providing a solution”. Reel-Strong guarantees prompt and efficient services to all its customers. 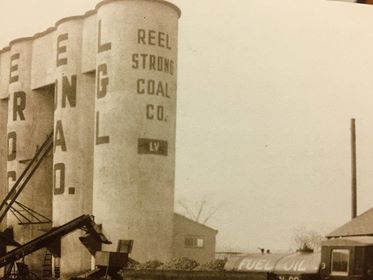 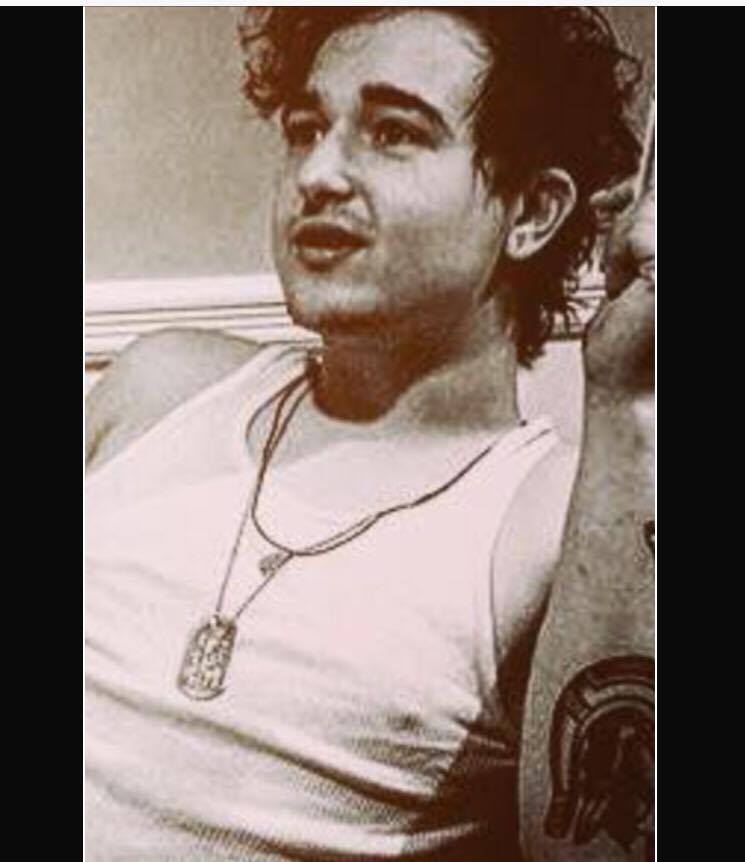 "You feel in your stomach when you want to do something-that's your soul telling you to do it."

He is young, innovative, and focused. He wants to promote change and inspiration among the local music community and inspire musicians to follow their dreams, just as he has.

Fasulo’s love of the arts all started at a young age of eight, when he really got involved in music. He was introduced to theater, and clung to the idea of going in front of audiences and being someone else. His theater talents then evolved into songwriting and eventually by fifteen, Fasulo was out booking shows for local venues. “I saw it as an opportunity to develop the character I am,” Fasulo said.

When Fasulo saw an opportunity to make a difference in the New Jersey music scene, he took it and ran. He became involved with numerous bands like Ernston and Chasing Down Sunsets. He also became heavily involved in his local performing arts and jazz club and decided that in order to solely focus on music, he needed to drop out of school. “I had a 3.8, I’m a smart dude. But I think it’s my downfall sometimes with my decision making process. I saw me investing time in something I care about more important than investing in college,” he said. After running the idea by his parents, they supported his endeavors and he was off making a difference in the music community.

Fasulo is ecstatic about today’s music scene. Some of his biggest inspirations for his personal projects are Patrick Stump of Fall Out Boy, Brendon Urie of Panic! At the Disco, and Fasulo’s biggest inspiration currently, is Chance the Rapper. “We need artists who take on the title of artist,” Fasulo said, “people who are frustrated are now branching out.” Fasulo admires not only Chance the Rapper’s rise to fame, but also his involvement in his community in Chicago and his civic duties.

Fasulo has channeled his inspiration’s beliefs and practices into his local community and wants to give back and make a difference in young musician’s lives. Currently, he is working on a pop-jazz-opera all centered on his recovery from alcohol- right around his one year mark of sobriety. But, he wants to give back to the surrounding community. “I want to be able to make something to give people the opportunities I wish I had when I was figuring out how to be an individual artist,” Fasulo said.

That’s why he is hoping that in the coming years, he can see his plans put into actions. He is brainstorming an idea for a library-coffee lounge that will host various programs for aspiring artists, such as open mic nights, poetry readings, and jazz shows. “Basically a place that will inspire and then nurture afterwards,” he said.

Of course, not everyone is as successful in the music industry as Fasulo has been. “I have this great opportunity to do something great and bring people together” he said, “it’s when playing make believe goes right.” But for all aspiring musicians, Fasulo wholeheartedly believes in the ‘just do it’ attitude. No matter the struggles or obstacles, it will be worth it- he said, “that thing you feel in your stomach when you want to do something- that’s your soul telling you to do it.”