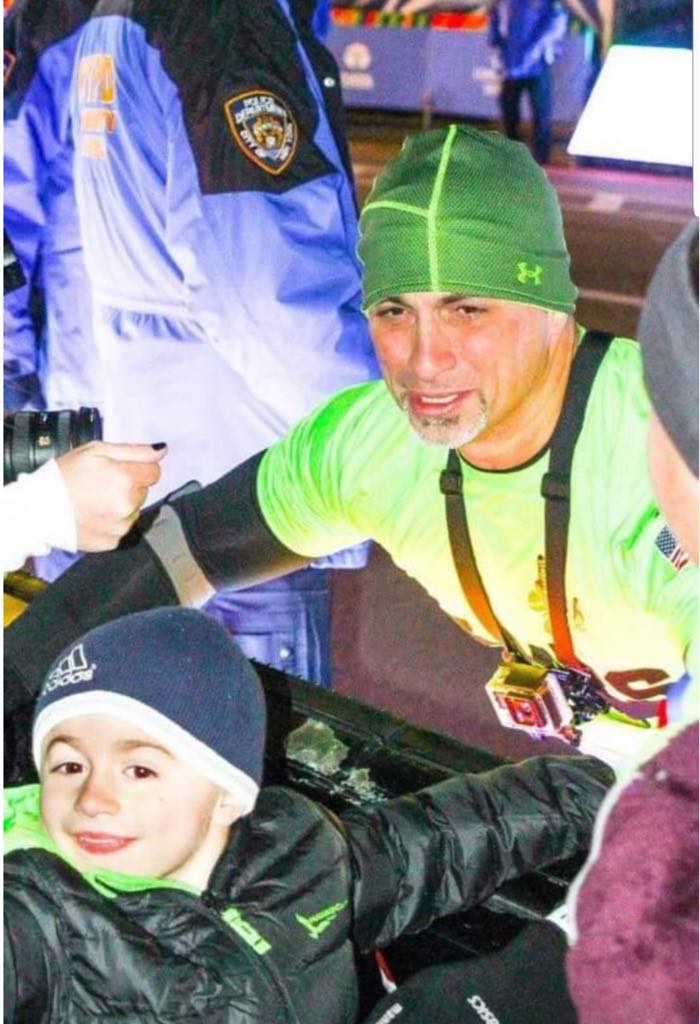 LONG BRANCH, NJ --Jim Raffone is the founder of JAR of Hope, a nonprofit 501(c)(3) organization. The organization is working to raise awareness and funds for Duchenne Muscular Dystrophy. Jim Raffone is seen above running his first NYC Marathon.

The idea for JAR of Hope started when Raffone’s son James Anthony Raffone. They are Jamesy's initials for (JAR). James was diagnosed with Duchenne on September 13, 2013. After taking a few weeks to reel with the devastating news, Raffone and his wife began traveling to different doctors to get second opinions. After receiving six second opinions that all agreed the parents should “go home and love your son because there is nothing we can do for him,” Raffone knew he had to do something. On July 14, 2014, less than a year later, JAR of Hope was born.

Duchenne Muscular Dystrophy is a disease where muscles progressively weaken in children. It is a terminal illness that is 100 percent fatal and it is the number one genetic pediatric killer. The disease gets very little attention, despite being around for the past 200 years. In the United States, less than 20,000 children have it and because this is considered so low, the National Institute of Health (NIH) only spends $30 million annually on research out of their $32 billion annual budget.

One in 3,500 children are born annually with the disease. By the time these children are fifteen years of age, they are quadriplegics who are close to the end of their life. Since the heart is a muscle, the heart is greatly affected and a large number of these children pass away after going into cardiac arrest. Although the cardiac arrest is a result of Duchenne Muscular Dystrophy, these children’s death records have cardiac arrest listed as their cause of death instead of Duchenne. As a result, there is not one cause of death by Duchenne on record. This is a problem as Raffone asked, “How does one fight a disease when there’s no record of anyone dying from this disease?”

Raffone is on a mission to have a study conducted at Duke University in order to have more information about the disease and raise more awareness about it. Approximately $10 million is needed for Duke to do this study. Raffone has already conducted phase one of a study at the University of Minnesota about the effects of hyperbaric oxygen therapy on Duchenne. Raffone has a hyperbaric chamber in his house which his son sleeps in. The chamber has prolonged his muscle strength as he is still walking at ten-years old. Phase two of the study, about toxicity and efficacy, will be starting soon. This is the reason to have the Phase II of the drug trial. The HBOT is to study stem cells and compressed O2 together.

JAR of Hope is always accepting donations and volunteers to help in their fight against Duchenne Muscular Dystrophy. For more information, please visit their website at... www.JARofhope.org